Hiking should be a carefree activity, but sometimes it is not. Whether it be predatory wildlife, or that creepy-looking person a hundred yards behind you on the trail, finding yourself defenseless is not an option in many cases. And the best option to defend yourself up close is a sidearm.

The best handgun for hiking is the one you are proficient with. Ideally, this weapon will be lightweight, compact, powerful enough for the task, and accurate. You should be able to shoot it accurately and effectively without a flinch, and its weight should not make you regret taking it with you. The handgun should also be reasonably concealable if state or local laws require it. Let us look at some choices to fill this requirement.

This trail-worthy revolver is a unique blend of polymer molded over a 440 stainless steel frame, giving it a low weight and weather resistance. Chambered in .22LR, .22 Mag, .327 Federal, .38 Spl, and .357 Magnum, there is an LCR for every need. I favor the .38 Spl +P or .357 Magnum models so that snake-shot can be loaded when in copperhead country. The .38 model is also the lightest at 15.7 ounces with a 3” barrel. If you need a smaller package, the .327 Federal chambering has a 1 7/8” barrel and shorter grip.

This revolver is the ultimate sidearm for a mountain hike in grizzly bear country. Featuring a scandium frame and a titanium cylinder and weighing in at just 25.2 ounces, this 4” barreled .44 Magnum revolver offers full power in a package as light as a feather. While probably the least concealable of my picks, it is the most powerful. If you go with this revolver, take the time to become proficient with it and master the sharp recoil it can generate with heavy loads. With an $1179 MSRP, the 329PD is the most expensive on this list. But as the saying goes, you get what you paid for.

If the previous revolver was a bit rich for your blood, then take a look at the Bulldog. First sold in 1973, this reliable workhorse is chambered in .44 Special and holds five rounds. The target model features a 4” barrel with adjustable sights for accurate shot placement. The gun weighs in at 22 ounces unloaded, so it won’t be a brick on the belt as you hike, and comes in stainless steel for all-weather durability. This revolver is a lot of gun for the money if you do not have to worry about large bruins on the trail.

The Glock Slimline series includes models 36, 43, 43X, and model 48. These are compact handguns with single-stack magazines that offer reliability, concealability, and lightweight. If you are more concerned with predators of the two-legged variety, then one of these pistols is worth a look. The 36 and 43 have a six-round capacity, and the 43x and 48 both boast ten rounds. The Model 36 is chambered in .45 ACP for when more power is required. All other models are in 9mm Luger (9×19).

A close contender with the Glocks is this gem. Chambered in .45 ACP or 9×19, this compact semi-auto is tough to beat. The XD-E features a DA/SA trigger with a decocker/safety for those who prefer that manual of arms. Capacity is six rounds in .45 and, eight rounds in 9mm.

One of the lightest semi-autos on this list at 17.7 ounces, the LC-9 is another great option for a basic defensive weapon on the trail and features a 7+1 capacity and adjustable sights. The LC-9 frame also comes in a variety of colors from certain distributors, allowing you to color-coordinate with your gear. This could have the benefit of camouflaging the pistol, helping it blend in with your pack and be less noticeable to others if you are open carrying while hiking. If you are on a tight budget, the EC-9 is the same pistol with fixed sights and an MSRP of $299 for the base model.

This massive revolver is surprisingly light for its size, at 29 ounces for the 3” barreled model. The Judge is chambered in .45 Colt/.410 shotshell and holds five rounds. It is a misfit in this list as it is not exceptionally powerful or very accurate. However, it is incredibly intimidating and works great for snakes (both legless and legged varieties), and that is why it is on the list today. I can think of few better handgun choices in rattler country, and if you need to pot some game for dinner on the trail, it can do that too.

Kind of an honorable mention, the little Keltec is chambered in .32 ACP with a, 8 round capacity and weighs only 6.6 ounces. I have known two people who used one as their everyday carry weapon, and both said that it was so light, they would forget they had it in their pocket. This pistol is the ultimate in concealability and weight reduction for ultralight hikers.

The best handgun for hiking in predator country is the one that meets your needs. Here in the Ozarks, my biggest problems would be drug runners, wild boar, and copperheads, so I would opt for the LCR or Bulldog loaded with snake shot in the first two chambers and hollow points in the rest. Take away the snakes then I would go for the Glock 48. If I lived in the Rockies or Alaska, then I would definitely go for the .44 mag S&W. The compact autos are a good choice if you have wild dogs in your area. There is no good one size fits all answer, but hopefully, this list has made finding the right fit for you a little easier.

The state of the world today has idled workers across the nation or forced them to work from home. However,…

Choosing to carry a handgun for self-defense is a serious decision. That same serious thought should be put into choosing… 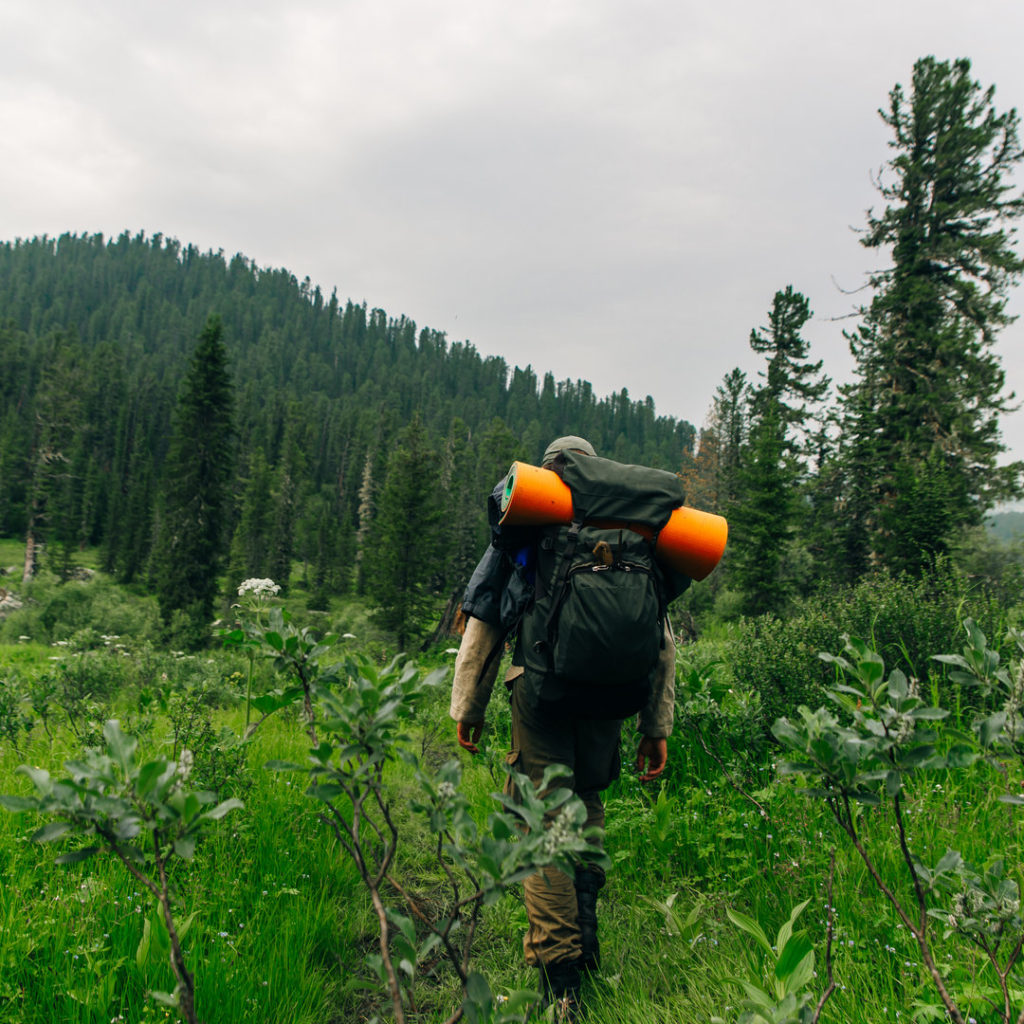 No matter if you are a hiker or a hunter, you probably have a backpack with you in the woods.…

We use cookies on our website to give you the most relevant experience by remembering your preferences and repeat visits. By clicking “Accept All”, you consent to the use of ALL the cookies. However, you may visit "Cookie Settings" to provide a controlled consent.
Cookie SettingsAccept AllRead More
Manage consent

This website uses cookies to improve your experience while you navigate through the website. Out of these, the cookies that are categorized as necessary are stored on your browser as they are essential for the working of basic functionalities of the website. We also use third-party cookies that help us analyze and understand how you use this website. These cookies will be stored in your browser only with your consent. You also have the option to opt-out of these cookies. But opting out of some of these cookies may affect your browsing experience.
Necessary Always Enabled
Necessary cookies are absolutely essential for the website to function properly. These cookies ensure basic functionalities and security features of the website, anonymously.
Functional
Functional cookies help to perform certain functionalities like sharing the content of the website on social media platforms, collect feedbacks, and other third-party features.
Performance
Performance cookies are used to understand and analyze the key performance indexes of the website which helps in delivering a better user experience for the visitors.
Analytics
Analytical cookies are used to understand how visitors interact with the website. These cookies help provide information on metrics the number of visitors, bounce rate, traffic source, etc.
Advertisement
Advertisement cookies are used to provide visitors with relevant ads and marketing campaigns. These cookies track visitors across websites and collect information to provide customized ads.
Others
Other uncategorized cookies are those that are being analyzed and have not been classified into a category as yet.
SAVE & ACCEPT
Scroll to Top